The Truth Won't Set You Free 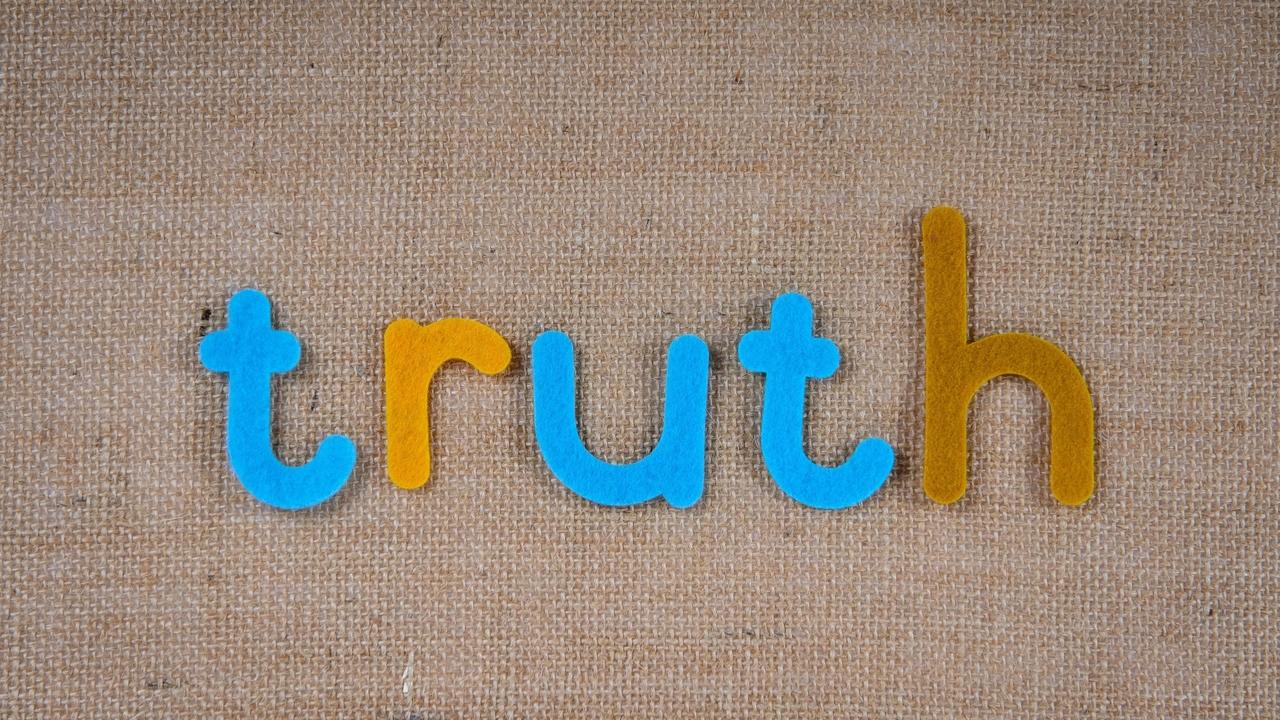 "The truth is rarely pure and never simple." - Oscar Wilde

The truth, unfortunately, will not set you free. Paraphrasing the infamous words of Gloria Steinem, it will probably piss you off first, depending on the context, but it won't automatically grant you freedom.

Freedom is not the responsibility of truth. Truth is a way-shower, a proverbial neon arrow lit up in flames pointing you toward greater awareness. But greater awareness or expanded consciousness, in and of itself, is not freedom. These states are offering an opportunity for you to free yourself, but make no mistake, it will likely not be easy work. Inner freedom is not something that can be granted by a simple meme, or a social media caption, or performative activism (all of which seem to be endemic of the "quick fix" type of artificial wokeness that pervades the Internet these days!)

Truth, at first, may feel dreadful. Perhaps there's some guilt or shame embued in being exposed to the truth. Maybe the truth exposes your ignorance to such a degree that thoughts like, "I can't believe I was so blind to this (fill in the blank social injustice or ignorant way of being)!" Beyond any punitive thoughts or self-deprecation, there's an opportunity for a shift in not only your perception, but your new actions, habits, practices, and, eventually, beingness.

"All truth passes through three stages. First, it is ridiculed. Second, it is violently opposed. Third, it is accepted as being self-evident." - Arthur Schopenhauer

At this moment in time, truth feels, well, elusive at best. There seems to be a neverending, indigestible cornucopia of information, research, news reports, conspiracy theories, political diatribes, and potentially fake news being force-fed to us via social media and television like some feeding trough in a factory farm.

Right now, discernment can be really challenging. What do we choose to believe? Who or what are actual credible sources to be trusted? How much of our confirmation bias or pre-existing beliefs are clouding our perspectives? The world stage is thick with political posturing, hidden agendas, financial manipulation, and a miasma of "fix it quickly and move on" attempts at assuaging our deepest, most painful collective cultural and societal wounds.

Amidst all of this, how the hell do we find the truth? What's our true north amidst the chaos? What mast do we tie ourselves to amidst the unyielding storm?

There is some confluence of trusting your intuition and being well-informed that can serve as a buoy amongst the madness, confusion, and information overload. First and foremost, it's more important than ever to trust your gut and your deepest intuition on things. This is not to say you ought to abandon all reason, information, or scientific data. However, with reports, data, research, and "experts" contradicting themselves on a near-daily basis, there has to be some internal compass calling out "bullshit" on things that don't feel right to you. In fact, it may be the only way for you to discern what's an appropriate action for you to take given the dearth of opinions, theories, and ever-fluctuating facts.

When there is rampant fear, chaos, and uncertainty, it's tempting to default to whoever feels like they are the most qualified or powerful in important matters. To look to experts, gurus, and leaders to provide the truth and often spoon-feed it to us. However, there needs to be a recognition that there is are personal, subjective truths (often clouded by programming, belief systems, prejudices, and agendas) and, conversely universal, unassailable TRUTHS with a capital "T".

"Whoever is careless with the truth in small matters cannot be trusted with important matters." - Albert Einstein

An example of a personal truth might be "I believe mint chocolate chip is the greatest ice cream flavor ever!" This may be very well true for you, depending on your level of belief and conviction in the magnitude of your love for this ice cream. It does not, however, align with universal Truth. Personal truths are often out of alignment with universal Truth. As an example, a universal Truth such as the sun rises every morning - that's pretty unassailable and no one is going to debate that Truth. We can all agree upon something like that. At the risk of sounding pedantic, there are things that are so True, no one is going to challenge them on a factual basis.

The danger right now is that there are many people claiming to have The Truth when in reality, all they have is a subjective evaluation or theory based on the limited evidence presented to them. Rather than presenting an attempt at The Truth, we have a battle of egos, agendas, and power games masking The Truth.

It's a precarious, bizarre, surreal, and often maddening time to be alive on Earth right now. By listening to your intuition, trusting your gut, practicing discernment with the information you consume, taking conscientious time away from social media and the news while spending more time in meditation or nature - this is a potential antidote and may help reveal ways that, in time, you can use Truth as a mechanism to freedom.

In time, all we need will be revealed to us. Much like tending a garden, you can't force the Truth to bloom and you can't rush it before it's ready to be revealed. So be patient, stay open, be kind to yourself and one another... and if you're feeling pissed off right now, you're probably on the right track. Just keep going.

"Truth is like the sun. You can shut it out for a time, but it ain't goin' away." - Elvis Presley

Want to take a deeper dive into your personal wellness practice on a mental, physical and soul level? Check out our new ebook From Chaos to Calm as part of our free resources and our 10-week Wellness Warrior Training course.