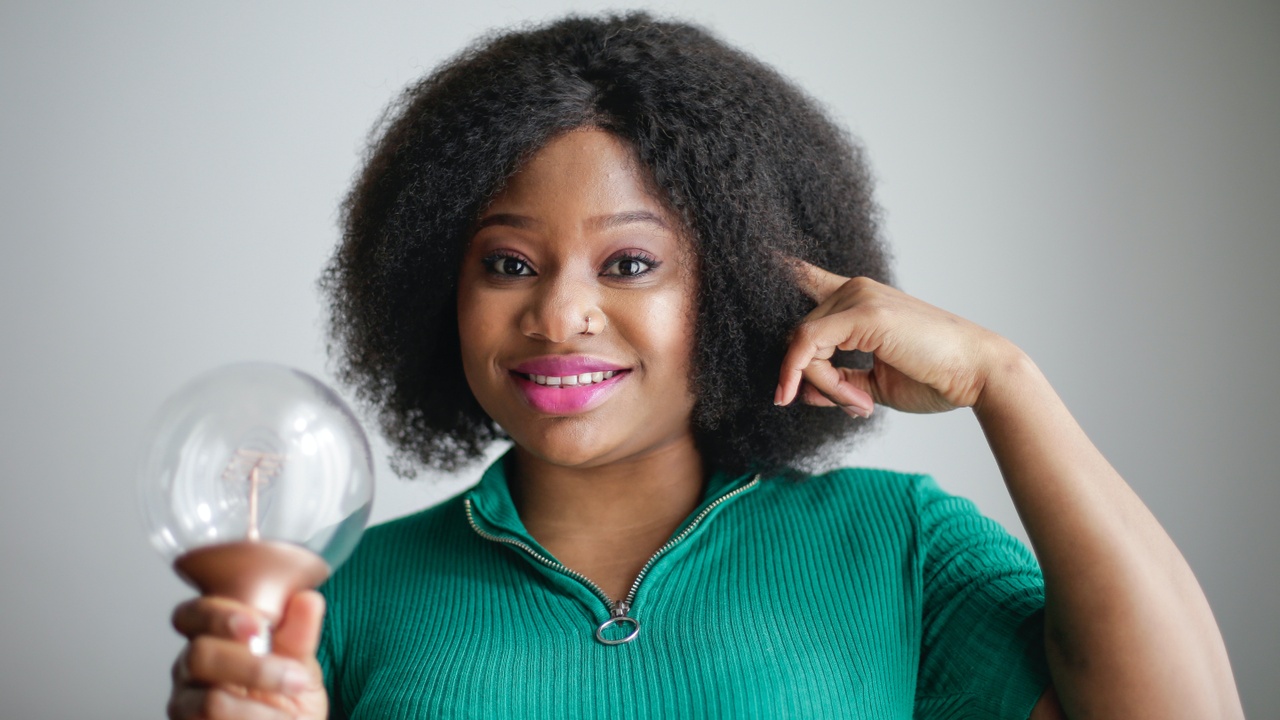 Your brain has a pretty important job, to say the least.

As the central processing center of the human body, the brain controls all essential functions. It is one of our most intricate, complex, and mysterious organs; in fact, its ultimate powers are still being researched and discovered. What we DO know is that your brain thrives on specific nutrients that help it to function more effectively and perform optimally when you need it most.

During these wild and wooly modern times, your brain has way more pieces of information to process, filter, and retain than ever. If you feel like your thinking is foggier and slower than usual, you’re definitely not alone:

Keeping your brain healthy and well nourished is a goal that should be high on your personal health “to-do” list. There’s a ton of evidence that suggests that what you do for your brain now can have a big impact on how it functions in the years and decades to come. Eating well in the present, along with other healthy lifestyle choices you make today, can keep your brain bopping and stave off age-related problems in the future, like cognitive decline and Alzheimer’s disease.

When you feel mentally sluggish, foggy, unable to concentrate, and just plain tired, there’s a good chance that what you have (or haven’t) eaten may be the culprit. It’s all too easy to be deficient in some of the nutrients that the brain needs to work at prime capacity, especially if you’re dieting or constantly stressed out or eating too much on the go. These nutritive deficiencies can affect you mentally, leading to a number of high-level cognitive problems and even to imbalanced emotional states such as anxiety and depression.

It’s a good idea to become familiar with the brain-friendly nutrition provided by omega-3 fatty acids, B vitamins, vitamin D, and phytochemicals, which are plant-derived compounds that often act as antioxidants. These compounds provide a supercharged list of health benefits to your brain and body.

Healthy Fats Are Your Brain’s BFF

To keep your brain happy, you need to feed it the right nutrients—and we know that the human brain loves healthy fats like the Cookie Monster loves chocolate chips! In fact, the average adult human brain is composed of about 60 percent fat. Specifically, omega-3 fatty acids (in particular, DHA and EPA), are absolutely essential for healthy brain function. Dietary docosahexaenoic acid (DHA) is needed for the optimum function of the retina and visual cortex, with visual acuity and mental development improved by extra doses of it. According to research from the Department of Neurology at Chi-Mei Medical Center in Taiwan, omega-3 fatty acids not only play a vital role in building our brain structure but also act as messengers that are involved in the synthesis and functions of brain neurotransmitters and in the molecules of the immune system. This is one reason why extremely low-fat diets can actually starve your brain of the essential nutrition it requires to function optimally.

Ironically, DHA is the most abundant omega-3 fatty acid in cell membranes in the brain, but the human body is not particularly efficient at synthesizing DHA. Therefore, we are dependent on getting it from our food. It has been proposed that access to DHA during human evolution had a key role in increasing the brain/body-mass ratio—arguably a marker of our level of intelligence.

Let’s take a closer look at these good guys, the omega-3s.

One Order of Omega-3s, Please

Omega-3 fatty acids help the brain communicate using the neurotransmitters serotonin and dopamine, powerful players in the regulation of mood. Another way omega-3s can help the brain is by enhancing the production of bone-derived neurotrophic factor (BDNF), which, through a cascade of events, ultimately stimulates the cell processes that are central in learning and memory. Finally, omegas can reduce inflammation in the brain, just as they do in the rest of the body.

So, what could possibly happen if your diet does not contain enough omega-3 fats? Since the body is not very good at manufacturing the chief omega fatty acid, DHA, it’s possible to become extremely deficient in this compound. On the more severe end of the spectrum, DHA deficiency is associated with disorders like depression, ADHD, bipolar disorder, dyslexia, and schizophrenia. It can also lead to fatigue and problems with memory.

Another important omega-3 is alpha-linolenic acid (ALA), which is found in nonanimal sources like walnuts, flaxseed, soybean oil, spinach, and kale. Getting enough of this particular omega is not usually a problem for vegetarians. However, since the other omega-3s are mainly found in fish, high-potency natural supplements may be necessary for strict vegetarians and vegans. I found out that I was deficient in omega-3 fatty acids after seeing the results of my full blood panel test. Now, I take a daily DHA and EPA supplement derived from third-party-tested ocean microalgae. The difference in my memory and overall brain power has been noticeable!

The family of B vitamins, in particular B12, B6, and folate, are all important brain vitamins. B12 is required for a cell process called methylation, a basic chemical process that all cells, including brain cells, require to thrive. Many important processes in the nervous system require methylation: cell communication, the production of neurotransmitters that control many aspects of cognition; and the production of myelin, which acts as insulation for neurons to help them fire more efficiently (similar to how plastic coating on a wire improves its ability to transmit an electric signal).

Without enough B12, cell communication can be compromised at any age. Researchers at the University of Oxford’s Oxford Project to Investigate Memory and Aging (OPTIMA) have found that B12 protects against age-related atrophy of brain cells and against damage to the brain’s white matter (the tracts, or “wiring,” of the brain that allow cells to communicate with one another).

Dr. David Smith, the founding director of OPTIMA, explains that without enough B12, the communication between different parts of the brain is less efficient. Eventually, after someone has been B12 deficient for a number of years, memory impairment sets in and gradually gets worse, leading to dementia.

Two other B vitamins, B6 and B9 (folate), are also essential for brain function, though we tend to hear less about them. Many foods are fortified with folate because of its role in preventing neural tube defects during pregnancy. Folate is also found in leafy greens, citrus fruits, peas, and beans. Vitamin B6 is found in the highest quantities in potatoes, bananas, chickpeas, and oatmeal. Vitamin B6 and folate work in conjunction with vitamin B12 by regulating a compound called homocysteine, which inhibits the methylation reaction, mentioned above, that is so important in the regulation of the nervous system.

If you have any concerns about your B vitamin levels, it is a good idea to get a comprehensive test of your blood panels.

The Power of Flavonoids

Phytochemicals are chemicals derived from plant sources that act as antioxidants by scavenging free radicals. There are a number of types of phytochemicals, but a familiar and key group is the flavonoids, which the scientific community and the public alike have embraced as necessary constituents for health and longevity.

Flavonoids take part in multiple cellular processes depending on the type of flavonoid. They are responsible for many aspects of our brain function. Researcher Fernando Gómez-Pinilla, Ph.D., studies the effect of nutrition on the brain at the University of California, Los Angeles. He explains that flavonoids play important roles in repairing damage in the brain. They do this by influencing how neurons “talk” to each other and by increasing levels of antioxidants and anti-inflammatory compounds that reduce damage to cells in the brain.

Some studies have found that extracts from blueberries, strawberries, spinach, and blackberries may reverse the normal cognitive changes and memory problems that accompany the aging process. They also appear to take part in cell functions that help the brain form memories in people of all ages. Flavonoids boost the brain’s ability to form new neurons, prevent brain cells from dying and enhance what researchers call “synaptic plasticity,” the ability of neurons to form and reform connections with each another. These processes—particularly synaptic plasticity—are thought to be the basis for learning and memory.

There is also some evidence that flavonoids can stave off not only cognitive decline but also protect the brain from diseases such as Alzheimer’s. This may be because the compounds protect against oxidative damage by hydrogen peroxide, which has been linked to the beta-amyloid plaques that characterize Alzheimer’s.

Flavonoids (particularly the ones found in raw cacao beans) help boost blood flow to the brain. This may help protect against vascular diseases like stroke. The anti-inflammatory properties of certain flavonoids can also suppress inflammation in the brain, which helps reduce the risk of a variety of diseases. Parkinson’s and Alzheimer’s diseases may be a result of chronic inflammation, and certain flavonoids may offer protection against the kind of inflammation that accompanies them.

Vitamin D to the Rescue

In addition to its role as a promoter of bone and oral health, vitamin D serves important functions in brain health. This sunlight vitamin is synthesized in the skin when ultraviolet rays from the sun hit skin cells and are thought to protect the brain against cognitive deficits that come with age.

There are vitamin D receptors spread throughout many areas in the brain and the rest of the central nervous system. Vitamin D also influences certain proteins that aid in neuron growth and development, and it takes part in many other important aspects of brain function, like synaptic plasticity, learning, memory, the activity of neurotransmitters, and specific motor processes.

Refrain from Junk Food for a Healthy Brain, Dude!

While it’s crucially important to add good, healthy fats (omega-3s and -6s) to your diet, it’s also important to cut down on the bad fats and other substances that can negatively affect your brain health. Research by Terry Davidson, the director of American University’s Center for Behavioral Neuroscience, shows that diets high in saturated fat and refined sugar impair your ability to learn and significantly reduce information retention. Other research has shown that simply eating too many calories can increase the amount of damaging molecules (like free radicals) that can build up in your brain. When these dangerous little particles become too numerous for your brain to remove, they can lead to problems in cognitive function.

You need to avoid eating foods high in refined, nutrient-stripped carbs and sugars. Complex carbs from whole grains and fresh fruit will help keep your glucose levels steady and fuel your brain throughout the day without the all-too-familiar crash that comes with processed grains found in white bread, cakes, candies, and cookies.

You Better Hurry for the Curry

Curry powder usually contains turmeric, a golden-colored root that contains the anti-inflammatory antioxidant curcumin. Research has shown that curcumin may help inhibit the accumulation of destructive beta amyloids in the brains of Alzheimer’s patients as well as break up existing plaques. Curcumin has even been shown to boost memory and stimulate the production of new brain cells. You can enjoy raw turmeric root or powder in a variety of recipes like smoothies, stir-fries, curries, and non-dairy milks.

The interesting thing about brain foods is that nature sometimes gives you clues to find the most beneficial sources of nutrients. For example, a halved walnut looks incredibly similar to a cross-section image of the human brain. It’s no coincidence that walnuts contain a fantastic amount of brain-nourishing omega-3 fatty acids. Oh, nature, you’re just so clever!

Want to take a deeper dive into your personal wellness practice on a mind, body, and soul level? Check out these free resources and our 10-week Wellness Warrior Training course.

Enjoy and thank you for reading!